Favorite Christmas movies from other countries

The New Year is approaching with lightning speed, and with it there is a desire to re-watch Christmas films. It is no secret that the Irony of Fate is considered a traditional film throughout Russia, which proves that incredible events and acquaintances can take place on New Year's Eve. I wonder what they watch in other countries on New Year's Eve? We have investigated and created a selection of the best films adored by foreign citizens.

USA / Christmas with the Losers

Luther Crank and his wife Nora celebrated Christmas every year, but the preparations for the holiday annoyed them greatly. While the neighbors were busy shopping for gifts and decorating the house, the Cranks were determined to fly to the Caribbean. Soon the whole town learned about it and the outraged residents went on strike. The Cranks are unlikely to be able to escape Christmas. The famous fairy tale about the green creature Grinch. The inhabitants of the town of Ktograd disliked the lonely Grinch. Since childhood, people have teased him and mocked at his unusual appearance, so he went to live on a cold mountain with his only friend, the dog Max. The hermit became more and more angry every day. He decided to take revenge on the offenders and permanently cancel his most hated holiday - Christmas. 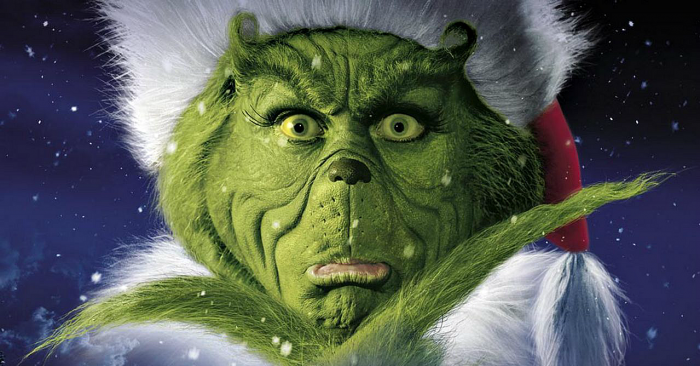 A large American family from Chicago goes to the city of dreams - Paris, but in a hurry, parents forget their eight-year-old son Kevinand. Waking up in an empty house and realizing that now he is alone, the guy is not lost and finds a lot of entertainment. However, Kevin does not yet know that an inseparable couple of bandits are already in a hurry to share the fun with him. Now McCallister will have to defend his home on his own and show who the real owner is. Toy seller Scott Calvin recently divorced his wife and decided to spend the Christmas holidays with his son. Preparing for his arrival, the hero accidentally pushes the old man off the roof. While the stranger is trying to get out of the snowdrift, Scott is surprised to find a deer, climbs on it and moves to the North Pole, where worried elves persuade Calvin to become a temporary Santa Claus, because the real one is now lying near Scott's house and will not be able to do his job. The hero has no choice, his mission is to save Christmas. The story begins a few weeks before Christmas. In the center of the plot are 10 love stories. Each of them is unique in its own way. All heroes, from the prime minister to the old rocker, have to go through a huge number of life situations associated with a tender and quivering feeling in order to eventually find their happiness and try not to miss it. For Howard Langston, nothing is more important than work. He does not spend time with his family and does not pay any attention to his son Jamie. Having missed the next competition of his little son in karate, Howard promises to fulfill the boy's cherished desire - to give him Turbomen for Christmas. But the father remembers the gift at the very last moment, when all the toys have already been sold. Will the hero be able to find a gift and regain his child's trust? The Griswold family has begun active preparations for Christmas. The head of the family is sure: relatives are obliged to observe all Christmas traditions, install a living tree with thousands of bulbs and invite all loved ones to the holiday. That's just life makes its own adjustments. The boss deprived of the prize, the family is in no hurry to follow the instructions, the tree is on fire, and the festive turkey explodes right on the table! Clark Griswold's patience is gradually running out. Fred is the complete opposite of Santa Claus. He grew up in the shadow of his brother, became disillusioned with life and lost faith in the magical spirit of Christmas. Before the holiday, Fred travels to the North Pole at Santa's invitation and discovers that he is in trouble. The toy factory is closing, which means there will be no Christmas! Fred has an important night ahead, because he must save the holiday. Little Buddy Hobbs was left at the orphanage. The boy often dreamed of a family, but was sure that he would never find it. Once Santa Claus dropped by and the curious Buddy hid in his bag with gifts. So he ended up at the North Pole among the elves, where he found an adoptive father. Many years later, the hero goes in search of his parents. It turns out that his real father is an influential and successful person, but he does not need the found son. In addition, others make fun of the good-natured elf, which only complicates the situation. The hero has a difficult choice to make.

Frank Cross is a selfish and ruthless TV channel owner. He is not interested in anything other than money and power. He will easily ruin the long-awaited holiday for anyone who gets in his way, without any remorse, so supernatural forces decided to re-educate Frank once and for all. To do this is entrusted to a ghost taxi driver from the underworld, an eccentric fairy and a terrifying messenger of the future with a skull instead of a face. They will definitely change Frank's attitude towards people and money.

How to remove excess water from the body

A couple of extra pounds, which you can't get rid of in any way, interfere with the achievement of the set goal, obtaining the ideal proportions...

How to forgive, let go and forget a person?

Getting over a breakup can be very difficult, especially if it seems that you fell in love until the last breath. Although, as practice shows, t...

Enlarged pores - what to do?

If you have oily skin, you will get wrinkles much later. But enlarged pores are a very painful problem. They not only do not look aesthetically ... How to make a musical card?

In Soviet times, post offices were literally inundated with holiday and greeting cards, which rarely reached the addressee on time. Today it has...

Bronze coloring as an easy path to perfectionhealth and beauty

Acetone in urine during pregnancy: causes, analysis, treatmentI am a mother!

The secret of chocolate icing from cocoa: how to cook according to GOST, in a hurry and for a childCooking delicious

What is instant tanning?health and beauty

Pearl powder - a means for beauty and healthhealth and beauty

The appearance of pus in the eyes of a child: causes of occurrence, methods of treatmentI am a mother!

Housewives on a note: tips on how to whiten underwear at homeCozy home

Prunes for constipation - quick relief without medicationhealth and beauty

How to glue non-woven wallpaper with your own handsCozy home